There are a number of special legal issues related to domestic violence charges. After a domestic violence incident, “no contact” or a similar order such as an Emergency Protective Order may be issued to prohibit the offender from contacting the alleged victim by any means for a period of time. A civil protection order may also be issued, ordering the offender to stay away from the victim, leave a shared residence, and the like.

Penal Code Section 243(e)(1) requires the willful and unlawful use of force or violence against a spouse, a person with whom the defendant is cohabiting, a person who is the parent of the defendant’s child, former spouse, fiancé, or fiancée, or a person with whom the defendant currently has, or has previously had, a dating or engagement relationship, the battery is punishable by a fine not exceeding two thousand dollars ($2,000), or by imprisonment in a county jail for a period of not more than one year, or by both that fine and imprisonment.

Penal Code Section 273.5 requires the willful infliction of a corporal injury on a spouse, a former spouse, cohabitant, former cohabitant, or the mother or father of one’s child. A violation of a CPC 273.5 can be charged as a misdemeanor or a felony. A misdemeanor violation is punishable by imprisonment in county jail for not more than one year and a felony violation shall be punished by imprisonment in the state prison for two, three, or four years, or in a county jail for not more than one or a fine or by both the fine and punishment.

The law allows one to use force against a partner in a domestic dispute and considers it lawful self-defense or defense of others if:

Act was not willful

If the act was accidental, it cannot be willful and therefore does not constitute assault. Although, it is not necessary that the individual intend to break the law.

One of the defenses to domestic violence can simply be that the accuser is lying. A simple assault charge does not require an injury; therefore it is easy for people to fabricate charges for ulterior motives such as jealousy, revenge etc.

How long after an alleged domestic violence incident can charges be filed?

The law allows a statute of up to a year for most misdemeanor charges including domestic violence. In certain misdemeanor matters, the law allows longer than a year for commencement of charges. In felony matters, the statute of limitations for commencement can range from 3 years to upwards depending on the charges. For example. Under California Penal Code 799, Prosecution for an offense punishable by death or by imprisonment in the state prison for life or for life without the possibility of parole, or for the embezzlement of public money, may be commenced at any time. If charges are filed after the period allowed for commencement, a criminal defense attorney can and should file a SERNA motion to dismiss charges for lack of timely prosecution.

What if I was simply defending myself?

It is possible to successfully assert self-defense as long as one reasonably fears imminent danger and believes that immediate force is necessary to defend oneself or another person and uses no more force than reasonably necessary.

Can there be a civil case in addition to criminal case?

A person can sue the aggressor for money damages for injuries sustained as a result of domestic violence in a civil court.

What if the alleged victim wasn’t really hurt?

While some domestic violence charges require an injury, others do not. For example, Penal Code 243(e)(1) does not require an injury. However, if the infliction of injury is a required element of the domestic violence charge, the lack of injury would mean that an element of the charge is missing. If a required element of a particular charge is not satisfied, it is a complete defense to that charge.

Can the alleged victim drop the charges?

In California, one cannot simply drop the charges. However, if an alleged victim is unwilling to cooperate with the prosecution, it weakens the prosecutor’s case. Most prosecutors will factor an unwilling witness into their calculation of a plea offer and their ability to win at trial.

I have never been in trouble before, so am I eligible to participate some type of a first-time offender program for my domestic violence charges?

It is possible to negotiate significantly reduced charges, diversion programs and/or Deferred Entry of Judgment programs in most bay area counties for most first offenses that are minor. However, if the alleged victims sustained moderate or serious injuries, it becomes less likely that one would be offered some sort of a program instead of jail time. You may have other defenses to the charges such as self-defense, defense of others or mistaken identity etc. Contact our offices for a free consultation if you have been charged with domestic violence in any of the bay area counties.

Can domestic violence charges be expunged in California?

If one has complied with all the terms and conditions of probation, misdemeanor domestic violence charges can be expunged provided that you meet the other criteria for expungment under Penal Code Section 1203.4. Certain felonies can be reduced to misdemeanors under California Penal Code Section 17(b) if you were not sentenced to state prison. Further, they can also be dismissed pursuant to CPC 1203.4 if you have finished your probation and/or jail time. 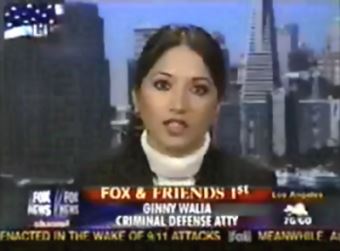