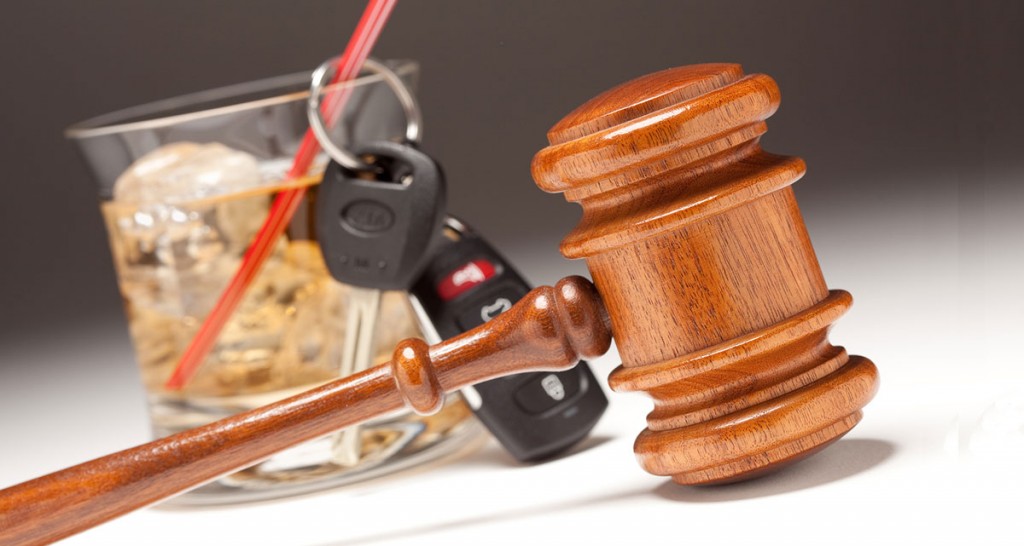 Individuals who are facing DUI charges confront very serious consequences, including the possibility of losing their driving privileges, being thrown behind bars, having to pay a large fine and having to comply with court restrictions. To avoid these negative consequences, it is important that they lodge a viable defense with an experienced DUI attorney. The applicability of a defense depends on the circumstances involved in the case. Some successful DUI defenses include:

Before a law enforcement officer can pull someone over, he or she must have reasonable suspicion that a person in the vehicle has committed a crime. In some cases, law enforcement officers may observe the driver for some time in order to detect possible signs of intoxication, such as weaving between lanes. In other cases, a law enforcement officer may stop a driver for an infraction such as a missing tail light or an expired tag. If the reason for the stop was a farce, everything that happened after the stop may be found inadmissible after a DUI defense lawyer challenges the validity of the stop. Even when there is a justification for the stop based on the driver’s behavior, the National Highway Traffic Safety Administration has found that driving patterns predicted incidents of DUI in only 35 percent of cases. Sometimes innocent behaviors such as clicking on a GPS unit or fiddling with the audio system can cause momentary distractions that mimic the effects of an impaired driver.

After a law enforcement officer pulls over a driver, he or she attempts to find anything to justify further detainment. If he or she suspects drunk or drugged driving, he or she may look for potential signs of impairment, such as red or bloodshot eyes, a flushed face, slurred speech or other so-called objective signs of intoxication. However, these may be symptoms of other issues unrelated to impairment. For example, medication may cause many of these symptoms. Being tired or fatigued can account for slurred speech or red eyes. Allergies, dust, eye irritation and many other innocent causes may be to blame for these symptoms.

If a law enforcement officer detects possible signs of intoxication, he or she may request field sobriety test. There are a variety of field sobriety tests that are meant to measure a person’s concentration, ability to follow instructions and his or her balance. These take on a variety of forms, including requiring the suspect to recite the alphabet, count, sign a paper, follow a flashlight with his or her gaze or complete other seemingly simple tasks.
The standardized field sobriety test consists of three different tests that take a few minutes to complete. The first test is the horizontal gaze nystagmus test, which measures a person’s involuntary eye movements. The walk and turn test requires the suspect to walk heel to toe for a number of steps and then to turn around and walk back in the opposite direction. Finally, the one-leg stand test requires the suspect to keep one leg off the ground and maintain balance. These three tests when used together have been scientifically valid as evidence of demonstrating intoxication.

In California, law enforcement officers may use non-standardized DUI field sobriety tests. These include the finger-to-nose, hand pat, numbers backward, finger count, and the Rhomberg balance test. The results of these tests are used as evidence of intoxication against the defendant.

A law enforcement officer administers these tests with the intention of using them as evidence against the defendant. However, having this tunnel vision can result in the law enforcement officer not taking into account factors that can cause poor test performance. For example, wearing boots or heels, having a foot injury or poor coordination can cause people to fail these types of tests even if they have had nothing to drink. Difficulty speaking English or understanding instructions can also have an impact on a person’s performance. Environmental factors such as bad weather, slick roadways, heavy traffic or uneven payment can also impact suspects’ ability to perform these tasks.

Field sobriety tests may also bring about inaccurate results if the law enforcement officer did not administer the test properly. He or she may not have had adequate training. When certain steps are not carefully followed, the test results are not as accurate. Due to the potential for inaccurate test results caused by these various factors, California law permits drivers to refuse field sobriety tests.

Another potential defense is that the breath test administered on the roadside is not accurate. California law enforcement officers administer the Preliminary Alcohol Screening (PAS), which is a preliminary alcohol screening test. The device used to complete the PAS tends to be less accurate than the station house machines. When a concentration of 0.01 can make the difference between somebody falling within the legal limit or over it, it is vital that the test is accurate. The portable machine can cause false positives due to the consumption of certain foods, drinks, medicines or other products. Additionally, a law enforcement officer is required to monitor the suspect for several minutes to ensure that he or she did not burp, vomit or regurgitate. These actions can cause a person’s breath test to yield an inaccurate result. It is possible that during such monitoring that the law enforcement officer’s attention may have drifted elsewhere, such as talking to another officer at the scene, monitoring oncoming traffic or completing paperwork. Certain medical conditions may cause a blood alcohol concentration being high without a true impairment being the cause of it.
In California, a suspect can refuse to take the PAS. However, if he or she refuses a chemical breath test or blood test at the station, he or she will face a one-year license suspension for the refusal. Additionally, the prosecution can use the refusal as evidence against the defendant at trial for the DUI charge.

An interesting defense to DUI charges is that of the rising BAC. This defense alleges that the defendant’s BAC was below the legal limit at the time that he or she was driving but that it continued to increase between the time of the traffic stop and when he or she took a breath test. This can occur if a defendant had recently consumed alcohol and the alcohol was still being absorbed during this time period.

A medically-associated defense is that of the Gastroesophageal Reflux Disease (GERD) defense. When a breathalyzer test is given, it is assumed that the amount of alcohol that is in a person’s mouth is equivalent to the amount of alcohol in his or her body. However, GERD, heartburn or acid reflux can cause a person to have mouth alcohol, meaning that the BAC reading is higher from the mouth sample than in the stomach sample. During typical digestion, food passes into the stomach and the lower esophageal sphincter closes so that the contents in the stomach do not flow back into the esophagus. Some people may have a medical condition that causes the lower esophageal sphincter to open up and allow the stomach contents and stomach acid to flow back into the esophagus. This results in a higher BAC reading.

After administering a preliminary alcohol screening test, many law enforcement agencies bring the defendant to a station house and administer another breathalyzer test. A challenge to the accuracy of this breathalyzer test may be based on a theory that the machine does not work properly or that it had not been calibrated recently. Poor maintenance records may substantiate this defense. Another plausible theory is that the law enforcement officer who administered the test did not administer the test properly.

8. Improper Administration of a Blood Test or Protocol

Rather than arguing that the defendant was not intoxicated or that the test results were not accurate, a criminal defense lawyer may argue that there were extenuating circumstances that caused the defendant to drive in an impaired state when he or she ordinarily would not do this. For example, a defendant may have driven in this state to avoid serious injury or death if he or she was being threatened or may have needed to drive an injured relative to the hospital. In other circumstances, a person may have become intoxicated without his or her knowledge, such as unknowingly consuming a spiked beverage.

These are just a few of the potential defenses that may be raised in a DUI case. Our experienced criminal defense lawyers can explore whether these defenses may apply to a client’s case. He or she can also explain the success of these defenses and others and provide counsel regarding trial strategy. If you have been charged with with Driving Under the Influence charges in the counties of Santa Clara, Alameda, San Mateo, San Francisco or Contra Costa contact us at 408-724-9200 or email at clients@walialawfirm.com.

Infographic – What it means to Legalize Marijuana with Prop 64?

Coming Tuesday (November 8, 2016), Californians will vote on Proposition 61 to legalize marijuana. Polls predict that this proposition will pass. It would legalize limited marijuana possession and...

10 Things You Probably Don’t Know About DUI In California

Drunk Driving (DUI) Charges are criminal charges that can result in misdemeanor or felony convictions depending on the circumstances. California prosecutes drunk driving under two different criminal...

Any cookies that may not be particularly necessary for the website to function and is used specifically to collect user personal data via analytics, ads, other embedded contents are termed as non-necessary cookies. It is mandatory to procure user consent prior to running these cookies on your website.