10 Things You Probably Don’t Know About DUI In California

Drunk Driving (DUI) Charges are criminal charges that can result in misdemeanor or felony convictions depending on the circumstances.

Other things you probably don’t know about DUI in California include:

1. You or Your Attorney Must Attend Your Initial Court Date

California DUI citations issued by law enforcement officers contain the date, time, and location of your first criminal court appearance. In most counties, you may appear through an Attorney for misdemeanor DUI charges if you have retained an Attorney. If you have not retained an attorney or are charged with a felony DUI, you must appear at your initial court date. Failure to appear at your hearing may result in the judge issuing a bench warrant for your arrest. At your first DUI court date otherwise known as arraignment, the judge will ask you if you would like to have the charges read out in court. If you have an attorney, the attorney will waive this instruction and arraignment by the court. The judge will also ask for your initial plea to the charges. You would enter Not Guilty pleas at that time. The case is then continued to a date for discussion or conference. If you plead guilty, the judge will generally impose a sentence immediately in most misdemeanor cases.

2. The Court will not Automatically Appoint a Public Defender

You are facing a criminal charge for your DUI arrest; however, you are also facing an administrative hearing with the California Department of Motor Vehicles. You are entitled to legal counsel in the criminal proceeding if you cannot afford a private attorney but you are not entitled to legal counsel for the DMV hearing. The state will not automatically appoint a public defender to represent you, even though you may request an attorney. Public defenders are only appointed to represent individuals whom the court determines cannot afford an attorney (i.e. unemployed, fall below certain poverty guidelines, etc.). If you qualify for a public defender, you should understand that public defenders handle hundreds of cases and they do not specialize in DUI cases. Additionally, Public defenders cannot represent you for the DMV hearing.

3. You must Contact the California DMV within 10 Days of your DUI Arrest

California DUI laws require that you contact the Department of Motor Vehicles within 10 days of your arrest for driving under the influence. Even though the temporary DUI driver’s license you have been issued will expire 30 days after your arrest, that period is extended if your DMV hearing cannot be scheduled within those 30 days. If you do not request the DMV hearing within 10 days, you lose your right to have a DMV hearing and your license is suspended 30 days after the DUI arrest. Our attorneys have successfully represented individuals in DMV hearings to have their driving privileges reinstated pending the outcome of their case.

4. Penalties for a DUI Conviction in California are severe

If you are convicted of driving under the influence of drugs or alcohol in California, you face severe penalties. Depending on the circumstances of your DUI conviction, the judge may order you to work for the sheriff, incarcerate you in jail or a state prison for a few days or several years. In addition to imposing jail time, the judge may also order formal or informal probation, impose high fines, order financial restitution, revoke or suspend your driver’s license, impound your motor vehicle, install an ignition interlock device on your motor vehicle, and order you to attend mandatory drug and alcohol treatment programs.

5. You will have a Criminal Record

Driving Under the Influence in California is a crime. If you are convicted of DUI, you will have a permanent criminal record that could harm your future job opportunities or other life events.

6. If you plead not guilty, your DUI Case May Take Several Months to Complete

Some California DUI cases can take years to complete if the case involves a fatality or serious bodily injury to another party. Even a simple DUI case can take several months to complete depending on the court schedule and the time involved for your attorney to investigate the circumstances of your DUI arrest to build a strong defense strategy to dismiss the charge or minimize the consequences of a guilty verdict.

7. A DUI Conviction Affects More Than Just Your Automobile Insurance

8. A Felony DUI Conviction Affects Your Right to Possess and Own a Firearm

If you are convicted of a felony in California, you are prohibited from owning or possessing a firearm or weapon of any type. Depending on the circumstances of your arrest, you could be facing a felony DUI charge. A felony conviction infringes on your right to protect yourself. It can also limit the jobs you may obtain if the job you desire requires that you carry a firearm as part of the job description.

9. California is an Implied Consent State

If you refuse to submit to a Preliminary Alcohol Screening (PAS) breath test or refuse to take the Field Sobriety Tests (FSTs), the officer cannot arrest you for your refusal. An officer must have probable cause to arrest an individual for driving under the influence in California. In most cases when an individual refuses to submit to a PAS or the FSTs, the officer will allege he has probable cause for a DUI arrest because he “observed you swerving in the road, you failed to obey traffic laws or signals, your eyes were watery or bloodshot, you smelled of alcohol, your speech was slurred, and/or you exhibited signs of being unsteady on your feet or lacked coordination.” Regardless, the officer cannot use your refusal to submit to roadside sobriety tests as probable cause for a DUI arrest.

However, once you have been arrested for DUI, California’s implied consent law requires that you submit to a chemical test of your blood or breath to determine your BAC level. If you refuse to submit to the chemical test, your refusal will be used against you in court and the DMV will suspend your driver’s license for one year.

10. You Can Have a DUI Dismissed in California

An arrest for driving under the influence in California is not a guilty verdict. As with any criminal charge, the prosecution has the burden of proof. It must prove that you were impaired by alcohol or drugs while operating a motor vehicle. As experienced San Jose DUI attorneys, we have successfully defended numerous DUI cases.

If you have been arrested for a DUI in San Jose Bay Area, call our offices for a free confidential DUI consultation. Our staff of legal professionals immediately begins investigating the circumstances surrounding your DUI stop and your subsequent arrest to determine if your legal rights were violated. We look at issues related to probable cause for the DUI stop, whether the officer performed the field sobriety tests accurately, and if the devices used to determine your BAC level were used properly and were functioning properly. Our attorneys have several DUI defense strategies they use to challenge your arrest and fight to ensure your constitutional rights were not violated.

Is Your Ex-Spouse Hiding Assets Before Divorce?

Hidden Community Property Assets California is a community property state, which means many marital assets are to be divided 50-50 between the divorcing couple. Unfortunately,... 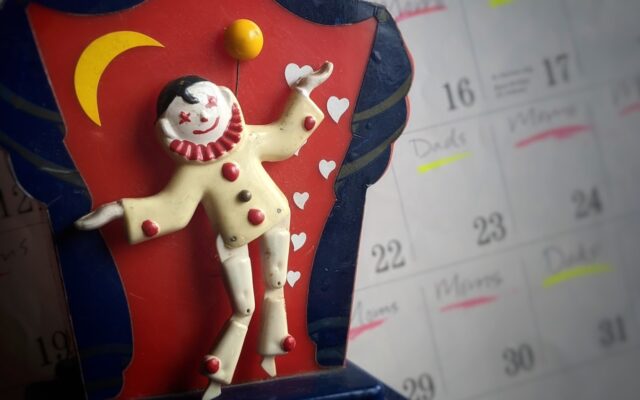 Split Custody Schedules Planning child exchanges and custody calendars can be a juggling act. When a couple goes through a divorce, one of the biggest dilemmas...

This website uses cookies to improve your experience while you navigate through the website. Out of these cookies, the cookies that are categorized as necessary are stored on your browser as they are essential for the working of basic functionalities of the website. We also use third-party cookies that help us analyze and understand how you use this website. These cookies will be stored in your browser only with your consent. You also have the option to opt-out of these cookies. But opting out of some of these cookies may have an effect on your browsing experience.
Necessary Always Enabled
Necessary cookies are absolutely essential for the website to function properly. This category only includes cookies that ensures basic functionalities and security features of the website. These cookies do not store any personal information.
Non-necessary
Any cookies that may not be particularly necessary for the website to function and is used specifically to collect user personal data via analytics, ads, other embedded contents are termed as non-necessary cookies. It is mandatory to procure user consent prior to running these cookies on your website.
SAVE & ACCEPT